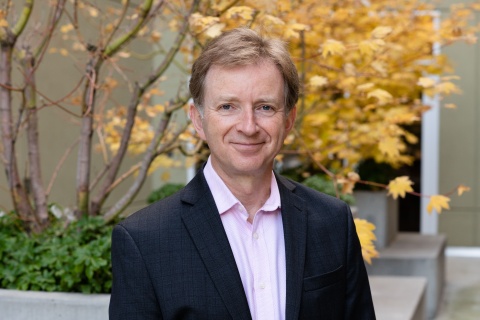 Malcolm Gaston leads the Office of the Auditor General’s performance audit and related assurance work, delivering quality performance audit reports to legislators and critical information technology audit support. His work covers the full breadth of the provincial public sector. He is a member of the leadership team that sets the strategic direction of the office.

Malcolm joined the office in 2005. A CPA, his professional career includes developing and delivering performance audits in Canada, as well as financial audits, internal audits and advisory services in the United Kingdom covering United Nations, national, provincial and municipal government. Malcolm has strategic and financial management experience from his years as chief finance officer of a Scottish Crown agency. He also has the ICD.D designation from the Institute of Corporate Directors.

Before moving to Victoria, Malcolm was with Audit Scotland. He started his career with the U.K.'s National Audit Office where he obtained a U.K. designation specifically for public sector accountants and auditors. He has worked for two of the "Big Four" accountancy firms, delivering external audit, internal audit and advisory services to a wide range of public sector and not-for-profit clients.

Malcolm is a board member of the Canadian Audit and Accountability Foundation. He also represents the office on the executive committee of a U.S.-based organization that promotes effective and efficient government in the northwest U.S.

Malcolm is a keen cyclist and has completed many multi-day charity rides. He spends much of his free time gardening and is a member of a large choir where he sings bass.