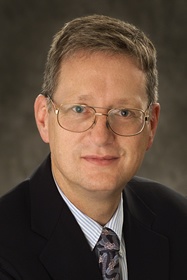 Mr. van Iersel is a graduate of the University of Calgary with an honours degree in economics. He also undertook graduate studies at the same university and is a Certified General Accountant.

Mr. van Iersel has been with both the Alberta and British Columbia governments for over 30 years, holding various senior positions. He has been with the Province of British Columbia, since 1979 and has worked in Treasury Board, Financial Services and Administration, Provincial Treasury, Ministry of Human Resources, the Office of the Comptroller General, and as Associate Deputy Minister in the Ministry of Children and Family Development.

Mr. van Iersel is currently a member of the Public Sector Accounting Board (PSAB), of the Canadian Institute of Chartered Accountants.

In January, 2003, Mr. van Iersel was presented with the Queen's Golden Jubilee Medal commemorating the fiftieth anniversary of Her Majesty's accession to the throne. The medal was for exemplary leadership and public service. He has also been recognized for his contributions to other organizations including the Financial Management Institute.